Well, I have some great news for all of you today.

Bob Proctor's team has giving the Six Minutes to Success a reboot.   Seems like they listened to some of the criticisms I and no doubt others have made with the program.

Better yet, in order to relaunch the improved program Bob has produced 3 long (5 - 15 minute) videos which some of his best content and then allows you to try the Six Months to Success program for a month for only a dollar.   Yes, just one dollar for a month.    That includes access to all the free bonus stuff.

That is a fantastic deal and I highly encourage you all to view the videos and try it out for the month.   Be sure to down all the freebies - they are chocked full of great insights - DO NOT MISS THEM.


Read more »
Posted by Preston Squire at 3:49 AM No comments:

Bob Proctor is one of the leading experts in the field of Self Help information today. In his twenties he was given a copy of Napoleon Hill's masterpiece: Think & Grow Rich

. He took the book as truth and opened a cleaning business. Within a few years he had offices if five major cities and was a self-made millionaire. As promised. From there Bob actually left his own company to study under radio talkshow legend Earl Nightingale - the leading self-help authority of his day.

Bob has now been teaching self-help material for over 40 years. He was featured prominantly in the hit movie 'The Secret

' and the book based on it. He's the white haired gentleman who initially tells you what 'The Secret

Bob was written books (Born Rich), and created many audio and video programs over the years.

Six Minutes to Success is one of his latest endevours and one of the most original.

Read more »
Posted by Preston Squire at 5:39 AM No comments:

Coming Soon!
Posted by Preston Squire at 2:54 PM No comments:

This is our product review page where we share our experiences and thoughts on various personal development products.

Please note: These reviews are based the programs when they were tested. As these are online programs, they may have been updated or altered since this review was posted. Where possible we will update our review to include new content.

Please leave your own experiences or thoughts in the comments or on the forum. 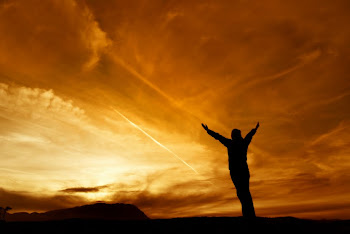